When a former FBI leader declared a cold case team’s hijacking evidence against Robert W. Rackstraw to be “a tremendous circumstantial case,” alarm bells went off at Bureau Headquarters. Seventh floor execs in the Comey Administration canceled a 5-year alliance with the private sleuths and scrapped a 2016 meeting to accept their mountain of forensic materials (including DNA). Then the unsolved case was quietly shipped off to a locked archive.

Later at a national news conference, two senior agents lied about seeing all the team’s evidence, claiming it showed “there wasn’t anything new out there.”

The dogged team, ironically led by retired special agents, then sued their former agency in federal court and won access to all the 1971 Cooper file secrets. They soon learned how three crime partners helped the skyjacker escape, where the parachute was buried, and why the FBI shielded the mysterious Rackstraw for decades.

The stunning revelations in the investigation’s final two years unfold in these time-lined releases (Click on bullets for more evidentiary details):

*9/11/17 Release: Two senior FBI agents that led the 1980 Cooper-cash recovery along Columbia River see team’s evidence of it being a stunt; both call for a new investigation

*1/4/18 Release: Two vets claim an Army-coded encryption in FBI’s taunting Cooper letter reveals the writer was from their secret Vietnam unit; he is Robert W. Rackstraw

*2/1/18 Release: Outside FBI HQ, case-closing Colbert reveals Rackstraw is now linked to 5 coded Cooper notes, along with CIA black ops — before and after hijack (pgs. 2-5)

*6/28/18 Release: In the court release of an unexpected 6th Army-coded Cooper letter, the FBI’s “ruled out” Rackstraw admits, in fact, to “hijacking one jet plane“

*8/8/18 Release: Colbert releases formula behind all Rackstraw’s coded messages (Pgs. 2-3; more after map, below), where the Cooper cash went (real estate) and his lavish life

After we closed our investigation at a 2018 news conference outside FBI Headquarters, the race was on for the story rights. As one senior WME agent put it to my manager, Michael B. London: “We know Tom solved it.”

Hollywood, however, went directly to Rackstraw. Sources tell us he was given a private jet-ride in for a confidential meet-and-greet with leading producers, studios and streamers. I fortunately was prepared for this end-run, thanks to our cold case team.

Rackstraw’s negotiations fizzled because: 1) he was the polar opposite of the folk hero many imagined; 2) our new case details and evidence have all been copyrighted, including the decryption of Army-coded Cooper messages and his CIA history; and 3) when he traded an FBI prison cell for years of flying black ops missions, fed officials warned the pilot he’d be re-incarcerated if he ever went public. It was the fear of that secret “John Doe indictment” that ultimately kept him from signing a Cooper rights deal.

Our surveillance team first heard his fear in 2013; that’s why we’re grateful to the hundreds of sources (including relatives) who helped us document Rackstraw’s breathtaking life narrative – featuring 22 fake identities, six careers, three families and multiple mistresses in five countries.

The team’s award-winning book, THE LAST MASTER OUTLAW, is now being produced by a premium streamer for a 5-part documentary series in 2022. And we couldn’t be more honored. TJC

FYI: To see our other story discoveries that have reached the big and small screens, please visit IndustryRandD.com; for those in development, see TJCConsulting.biz; to learn more about the relentless investigators and what they’re working on next, go to their dedicated website, TheCaseBreakers.org. 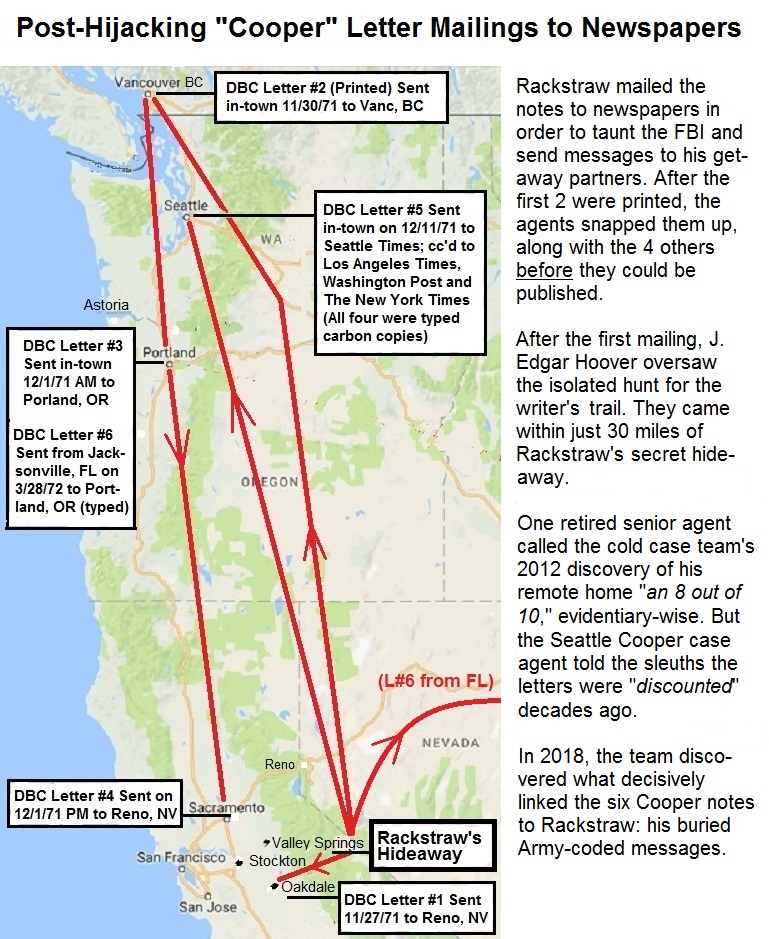 SKEPTICS OF THE CODE DECRYPTIONS

If you believe it is all bogus:

How did Robert W. Rackstraw’s fully-encoded name, initials, and every one of his military training schools and units — including two that were top secret until the 1980s — get into the six 1971-72 Cooper letters? Here’s how:

As part of his training, the Vietnam pilot had to memorize the Army’s interpretive code book — the same manual used by the Navajo “code-talkers” in the Pacific, 26 years earlier, to confuse the Japanese enemy. Native Americans had to search for tribal synonyms to fit each encrypted message, taking into account both meaning and syntax (Why syntax? Because there are, for example, two 2 Navajo words to choose from for “man,” “deer” and the name of their god). Thanks to interpretive coding, military commanders in World War I, II, Korea and Vietnam were never out of touch with their far-off warriors — no matter what language was used.

If you believe Rackstraw wrote the letter coding but IS NOT the fugitive:

In the skyjacker’s taunting Letter #5, how did the typist know the three confidential pieces of Cooper case evidence (“I left no fingerprints… I wore a toupee… I wore putty make-up”)? Old FBI memos state that only the Bureau and the hijacker himself had this knowledge in 1971.

In 2015, the FBI’s top hijack witness who sat across from Cooper, former college student Bill Mitchell, did his first USA interview for History Channel. In an official “six-pack” Cooper identification test, he was shown a half-dozen black and white pictures of potential suspects. Mitchell scanned them and pointed right at Rackstraw. Among thousands of photos brought to him by the bureau over the decades, this was the only time he picked someone out.

Afterwards, the team contacted a senior investigator at South Carolina Law Enforcement Division (SLED), Jon Campbell, for his independent thoughts: “If you compare the FBI Cooper sketch [B] to Rackstraw’s photo, there are 9 points of match in the brown eyes, ears, noses, short mouths, frown lines, chins, brows, odd head shapes and male-pattern baldness. Frankly, it looks like sketch was traced from his photo.”

So, if you want to truly comprehend interpretive coding, put aside your computers and smart phones, stop talking to academia under 60 years of age and find a veteran who still remembers the real VR. Your bible for the mission is a 200-page code manual from 1950 (link below), put together by the very brightest men and women in the U.S. Army. Once absorbed, you’ll be ready to climb into a fox hole or co-pilot seat with our forgotten warriors. 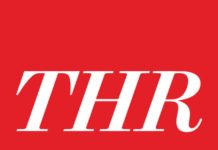 Questioning Robert W. Rackstraw Sr.: Is this how an innocent man...

Cold case leader on D.B. Cooper: “We have the man”