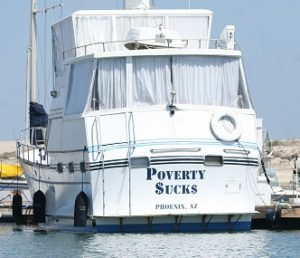 They were certain they knew the identity of the long-missing hijacker known as D.B. Cooper, and now the self-appointed investigators wanted their man to turn himself in to the FBI and sign over his life rights for a book and movie project.

The target of their lobbying was Robert “Bob” W. Rackstraw, a Vietnam War veteran who lives in Southern California and had once surfaced briefly as a suspect in the country’s only unsolved hijacking of a commercial airliner.

The FBI announced this month that it was no longer actively pursuing its 45-year-old investigation into the notorious case. But that isn’t likely to deter the people — known as Cooperites — obsessed with finding the folk legend who vanished in 1971 after parachuting out of a plane with $200,000. They attend the Official D.B. Cooper Symposium, pore over Cooper books, trade theories online.

On July 10 and 11, the History Channel aired a two-part documentary chronicling a hunt by a group of retired lawmen and forensic experts who set out to prove that Rackstraw, now 72, is D.B. Cooper. The effort was led by Thomas J. Colbert, a Los Angeles-based television and film producer who specializes in developing true-crime stories.

Long before it aired, Colbert and Mark Zaid, a Washington attorney fascinated by the case, tried to persuade Rackstraw to work with them. He could, they told him in a series of emails given to The Washington Post, cash in by confessing that he’s Cooper.

At first, Rackstraw and his longtime defense lawyer, Dennis Roberts, entertained the pitch rather than dismissing it.

“Here is my client’s response to your offer,” Roberts wrote Colbert in May 2013, CC’ing Rackstraw under the email account of “Airbornebob Rackstraw”: “Now, we will consider a real offer if they provide virtually every piece of data and information that they have acquired in the past years (as they claim) subject to our review of the same.”

But the eleven days of negotiations went nowhere. “I was playing with them,” says Roberts, who also defended Rackstraw four decades ago when he was acquitted on charges of killing his stepfather.

The documentary aired without any formal sit-down with Rackstraw — just an ambush by one of Colbert’s colleagues. During the encounter, Rackstraw describes himself as “old and feeble,” says “I don’t remember any of it,” and drives away.

The segment helped reignite public discussion of the case just as the FBI was packing up its boxes. Even the title tantalized: “D.B. Cooper: Case Closed?”