In 1971, a skyjacker with a briefcase bomb demanded a $200,000 ransom and a parachute. Then he vanished out the jet’s back door and became an instant legend.

A determined citizen sleuth assembled a forty-member cold case team, spearheaded by former FBI agents, to solve the mystery of D. B. Cooper. And after a seven-year quest, they succeeded—with a fugitive at trail’s end.

The team’s relentless investigation and final confrontation with the mystery man serve as the bookends in The Last Master Outlaw. The suspect’s astonishing life story as a daredevil fills the remaining chapters, the bulk of which comes from the heartwarming, gut-wrenching accounts of six of his women—two former wives, his only sister, a befriended flight attendant, a “getaway gal” he met up with during two more FBI escapes involving planes, and a Hollywood producer who became his cocaine-trade partner.

Buckle your seat belts as this Jekyll-and-Hyde ladies’ man travels through five countries, utilizing more than twenty identities, wigs, and fake mustaches while engaging in a half-dozen careers and raising three families. Then be a witness as the cornered chameleon is forced to face the truth in front of the cameras of a dogged cold case team, armed and ready for any eventuality.

True-crime fan Jamie C. Davis’ comments reflect the consensus of readers: “This book (and accompanying 2016 documentary) affected me on many levels. It is a thriller, a master class on investigative journalism and a sad commentary on the state of the FBI and the degeneration of the rule of law in this country.

“Some people may wonder why it matters – Cooper didn’t injure or kill anyone. True, but what he did was essentially an act of domestic terrorism, inspiring fear for airline passengers and copy cats to try and repeat his crime. I was a child in the 1970’s, but I remember the news when some of the money was found in 1980 and my late father (who was an Army vet) and older brother were discussing the found river cash, and my Dad told him ‘that was never about money, that was a gotcha.’

“I didn’t understand what he meant until I read this book. What is even scarier to me than a man like Cooper/Rackstraw is the fact that a private citizen had to go to court to get to the truth because our government will protect a criminal – as long as they also perform criminal acts for our government. That should concern everyone. Thank you and congrats to Thomas J. Colbert and the entire team. Knowing there are still people who believe that truth matters and are willing to work towards it gives me hope.”

Thank YOU, Jamie, for supporting our righteous cause. 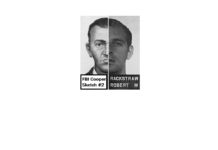 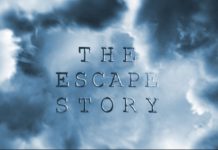 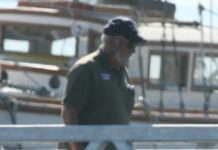 Questioning Robert W. Rackstraw Sr.: Is this how an innocent man...

A Tale of Unforgettable Charisma in Corvallis