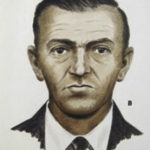 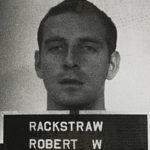 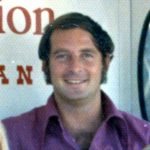 A bizarre episode in Astoria lore has become part of the infamous D.B. Cooper mystery, in which an unidentified passenger on November 24, 1971, hijacked a Pacific Northwest flight, stole $200,000 and parachuted into the Oregon-Washington wilderness.

The History Channel on Sunday and Monday premiered a two-­part documentary, “D.B. Cooper: Case Closed?,” featuring Astoria’s own Peter Roscoe, Marian Soderberg, former Mayor Willis Van Dusen and others who gave a fresh take on the only unsolved skyjacking in U.S. history.

They recounted the story of a visitor named “Norman de Winter.”

In mid-July of that year, four months before the D.B. Cooper incident occurred, de Winter arrived in town. Claiming he was a wealthy Swiss baron, he befriended the locals, ate their food, stayed in their homes and, in various ways, took their money.

He at one point offered to charter a passenger jet to take a large group to his lodge in Switzerland for Christmas, free of charge. “And then suddenly one night, he was gone” in late September, Roscoe told The Daily Astorian.

Soon enough, the Astoria townsfolk discovered the baron was a fraud. This came as little surprise to Roscoe, then 24, and Soderberg, then 28; both sensed de Winter wasn’t on the level. Van Dusen told investigative journalist Tom Colbert that de Winter scammed about 200 people.

Colbert discovered that De Winter reappeared in Corvallis, living there for more than a month. Then days before the hijacking, he disappeared again.

Roscoe returned from college for Thanksgiving. He was sitting in a Uniontown tavern watching TV when he saw news reports of the hijacking and a sketch of the subject.

“And I told the guy I was with, ‘That looks like Norman de Winter,’” he said.

A man using the pseudonym “Dan Cooper” (misreported as “D.B” Cooper), wearing a business suit and sunglasses, had used a briefcase bomb to hijack a commercial airplane flying from Portland to Seattle.

He demanded cash and several parachutes, and once the plane landed and the passengers left, ordered the crew fly him to Mexico. He then escaped midflight out the rear door with the money, about 50 miles from Astoria.

“I’ve felt that Norman de Winter and D.B. Cooper were the same guy since the moment it started,” Roscoe said. “I’ve never lost that conviction.”

Cooper’s identity became an instant and enduring source of speculation. The Federal Bureau of Investigation has eliminated hundreds of D.B. Cooper suspects over the years.

In the History special, Colbert — who pitched the show to the channel — argues the case for Robert Wesley Rackstraw, a Vietnam veteran and ex-­convict who was briefly a Cooper suspect in 1979.  He now lives in the San Diego area, where in one documentary scene, Colbert’s team ambushes the evasive man.

Rackstraw has denied the allegations, but has a history of teasing reporters with the possibility.

When Roscoe learned of the citizen sleuths’ investigation several years ago, he called them up and told them about de Winter. “One thing led to another, and before you know it, I’m on the History Channel,” Roscoe said.

Colbert — who assembled a 40-­member “cold case” team that includes a dozen former FBI agents — claims that de Winter, Cooper and Rackstraw are the same person. One of his investigators pointed out the “impossible” coincidence of three master criminals, all with extensive piloting experience and looking alike, living and working within 100 miles of each other.

In the documentary’s Part 2, Roscoe, Soderberg and Van Dusen are shown photographs of Rackstraw, taken circa 1971. They and other witnesses, some of whom met de Winter in Corvallis and became roommates, admit a striking similarity between the former suspect and the “de Winter” character who vanished right before D.B. Cooper entered the scene.

“That really, really looks like the guy that I remember,” Roscoe says in the documentary.

Mark Fick — an Astoria resident who, at 19, worked with de Winter for a week at a cannery and kept a letter and Christmas card from him — commented on the documentary’s Rackstraw footage: “Mr. (Rackstraw’s) voice was a little higher than I remember Norman de Winter’s voice,” he wrote in an email, but added: “The photo of Mr. (Rackstraw) with the longer sideburns looked much like Mr. de Winter.”

“D.B. Cooper: Case Closed?” ends with an FBI agent in charge suddenly announcing that the bureau is closing the 45-­year­-old case, without resolution, to redirect resources toward other investigations. Unless some extraordinary evidence materializes, it seems that D.B. Cooper, whoever he was, got away with it.

But Colbert said he and his team, which now allegedly have more than one-hundred pieces of evidence on Rackstraw, plan to hold a news conference Wednesday to protest the FBI’s decision. Colbert claims his long-promised meeting to present their five-year case to the Bureau was scrubbed right after the case-closed announcement, which struck many of his members as no coincidence.

Roscoe, the owner of Fulio’s Pastaria, Tuscan Steak House and Delicatessen, has been named an honorary member of Colbert’s team because of his de Winter tip and subsequent tracking down of another eight alleged Astoria witnesses.

“This whole story of Norman de Winter essentially involves: Where was D.B. Cooper before he hijacked the plane? That’s what nobody ever really talks about,” Roscoe said. “Where did he come from? What was he doing?”

A former bartender who served de Winter during the summer of ’71, Roscoe said almost no one gave his de Winter/Cooper theory credence until Colbert and his team picked up the threads.

“Everybody would just tell me, ‘Oh yeah, you just have such a wild imagination. That’s a great story, Peter, but we don’t really believe you, so just never mind,’” he said.

Roscoe believes in his gut that de Winter, Rackstraw and Cooper are the same person. The evidence may be circumstantial, but, to him, it is convincing.

Something else that would seal the deal, he said, would be to find a lost photograph someone took of de Winter during his sojourn in Astoria.

Soderberg, who let de Winter have dinner in the Warrenton home, said there’s a lot of credibility to the premise that Rackstraw is de Winter.

“And if he does indeed turn out to be D.B. Cooper, I don’t doubt for a minute he was scouting out the country” before the jump, she said, adding: “If nothing else, it’s a fascinating story.”

Colbert has written a book on his deep­-dive into the Cooper case, “The Last Master Outlaw: How He Outfoxed the FBI Six Times, but Not a Cold Case Team.”