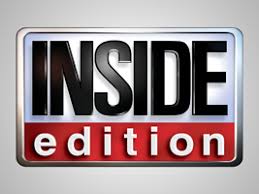 Investigators dedicated to solving the notorious 1971 hijacking of a Boeing 727 believe they’ve finally discovered the identity of the air bandit known as D.B. Cooper – and he’s still alive!

On Nov. 24, 1971, a man who went by the name of Dan Cooper claimed he had a bomb and took over a airliner flying from Portland to Seattle. He demanded $200,000, and after allowing all passengers and a few flight attendants to leave the plane, he ordered the remaining crew members to fly towards Mexico City. But before the flight landed, the man jumped out with a parachute over the Northwest and vanished, along with the cash.

Authorities have searched for the daredevil behind the infamous heist for almost five decades. But in 2016, the FBI gave up on the hunt, saying no tips have ever “yielded the necessary proof” to determine D.B. Cooper’s identity.

A cold case team, led by documentary filmmaker Thomas J. Colbert and his wife, Dawna, say a letter written the same year as the hijacking may bring the case to a true close.

The writer of the typed note to The New York Times, the Los Angeles Times, the Seattle Times and the Washington Post bragged about eluding the authorities and capture, beginning: “I knew from the start that I wouldn’t be caught.”

“I didn’t rob Northwest Orient because I thought it would be romantic, heroic or any of the other euphemisms that seem to attach themselves to situations of high risk,” the letter went on. “I’m no modern day Robin Hood.”

The note included details of the case not made available to the public, including the fact the FBI was unable to find one useable fingerprint in the rear of the plane. The writer also noted he wore a toupee and putty make-up during the heist.

“I’ve come and gone on several airline flights already and am not holed up in some obsure (sic) backwoods town,” the letter continued. “Neither am I a psycho-pathic (sic) killer. As a matter of fact, I’ve never even received a speeding ticket. Thank you for your attention. D.B. Cooper”

The Colberts and their seven-year volunteer team believe Robert W. Rackstraw Sr., a Vietnam War veteran who was cleared by the FBI in the late 1970s, is the author of the letter and D.B. Cooper himself – now 74 and living in San Diego.

A member of the couple’s 40-person investigative unit, Rick Sherwood, was a code-breaker in Vietnam. He linked a string of odd alphabet letters and numbers at the bottom of the correspondence to three “masked” Army units that Rackstraw was part of during his time in the war – two of them top secret.

Thomas Colbert said the FBI refuses to pursue Rackstraw again because the agency doesn’t want to admit it was bested by retired and amateur investigators, telling the Oregonian newspaper, “This is obviously about embarrassment and shame.”

Rackstraw has denied that he is D.B. Cooper, but over the decades he has teased reporters that he could be. When the investigation went public on History Channel in 2016, the veteran reportedly threatened to sue the Colberts and any news media that accused him of being the man behind the 1971 hijacking.

But in the year and a half since, the pair says Rackstraw has taken no legal action. Thomas credits his investigative book, co-authored by the renowned Tom Szollosi, which has won three national awards for True Crime. It also features 50 pages of back-up documentation and rock-solid sources.