A hidden code written in a court-released D.B. Cooper letter, held by the FBI for 46 years, appears to be the game-changer that identifies the mysterious 1970s skyjacker.

The typed note surfaced last November after a Freedom of Information Act (FOIA) suit by Thomas J. Colbert, a cold-case team organizer and producer. He and local witnesses believe his Cooper suspect, Robert Wesley Rackstraw Sr. — a Vietnam paratrooper and ex-convict now residing in the San Diego area — lived in Astoria under the alias “Norman de Winter” in the months before the infamous hijacking of a Pacific Northwest flight.

On Nov. 24, 1971, a man in a dark business suit, tie and sunglasses seized a Northwest Orient plane from Portland to Seattle with a supposed briefcase bomb. Once passengers debarked, the man ransomed $200,000 and four parachutes, then ordered the crew to fly him to Mexico.

While passing over the Oregon-Washington wilderness, the thief skydived into the night, roughly 50 miles from Astoria, never to be found but instantly a figure of fandom and folklore.

In 2016, the FBI, insisting “there isn’t anything new out there,” officially closed the case, which remains the only unsolved skyjacking in U.S. history.

Colbert’s case tying Rackstraw to Cooper has been strong but circumstantial — until his FOIA forced the FBI to give up a copy of the December 11, 1971 letter, officially stamped as “evidence.” The documentarian said Bureau memos show the agency itself believed Cooper had typed it and mailed copies to the Washington Post, the Seattle Times, Los Angeles Times and New York Times. The Bureau confiscated all four before the newspapers could photograph them.

Though the letters were almost identical — asserting that Cooper “knew from the start that I wouldn’t get caught” — each came with a unique set of numbers and alphabetical letters at the bottom that looked like gibberish.

After the release of the Post letter to Colbert, a member of his investigative team, Rick Sherwood — an Army Security Agency (ASA) Vietnam veteran who pilot Rackstraw temporarily worked under — realized something: The string of nonsense looked a lot like Army “code-speak,” or cryptography, that he used to pinpoint the enemy’s locations. 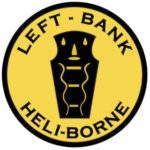 With the Post’s code and another one recovered from the Los Angeles Times version, Sherwood managed to decipher Cooper’s seemingly random characters. They directly pointed to the three specialized military units (two top secret at the time) that Rackstraw had served in: the 11th General Support Company, the ASA, and the 371st Radio Research Unit (also known as Project Left Bank) – where he flew its radio signal-sniffing choppers.

Former military officers told Colbert there was only one soldier in the whole theater who served in all three of these specialized Army units: Rackstraw. “And that’s the smoking gun. The FBI thought this was Cooper’s letter, and now we can prove Rackstraw wrote it,” he said.

The steps Sherwood took to decrypt the message were divulged off the record, but Colbert and Sherwood walked The Daily Astorian through them.

“I’m not really surprised that the FBI didn’t break it. You really gotta’ know the person, in a sense, that made the code because he did his own encryption,” Sherwood said, “so I did things that would relate to him, and it actually broke out that way.”

Sherwood, now 70, never thought he would ever use his Army code knowledge again after leaving the military, “but in this particular case, it worked out pretty well,” he said.

One of Rackstraw’s Vietnam commanders now is part of Colbert’s team.

LTC Ken Overturf (ret.) said he had hastily inducted pilot Rackstraw into the world of top-secret military units in 1969 after a group of his helicopter aviators died in action. But Overturf soon booted him out for lying about his qualifications for top-secret clearance.

“That made him a con artist,” concluded Overturf.

The team posits that Rackstraw’s “coded dispatch was directed at a very small audience: the three veterans that, according to FBI documents and various witnesses, helped him escape the jump drop zone by small plane,” Colbert said in a news release.

A year and a half ago, Colbert’s search for Cooper’s identity — a task that has involved a 40-member “cold case team” with 13 retired FBI agents — became the subject of a two-part History documentary, “D.B. Cooper: Case Closed?” The program featured North Coast residents who recounted a peculiar episode that took place in Astoria, not long before Cooper’s high-flying stunt.

A young charmer who called himself “Norman de Winter” and claimed to be a well-heeled Swiss baron arrived in town. Over a couple of months, he bonded with townsfolk, borrowed their money, exploited their hospitality, offered to fly a group to his château in Switzerland for the holidays — and then vanished. Former Astoria Mayor Willis Van Dusen reckoned the con artist had scammed about 200 people. According to Colbert’s research, de Winter resurfaced a short time later in Corvallis, before the hijacking.

Local de Winter acquaintances received letters from him after his disappearance, around the same time letters began showing up by another disappearing act: skyjacker Dan Cooper (misreported as “D.B.” Cooper).

The grifter’s witnesses said in the History documentary that contemporaneous photos and 1979 news video of Rackstraw displayed the mannerisms and looks of de Winter. Two old articles in the Daily Astorian documented his schemes. But no 1971 photo of the “baron” ever turned up.

Colbert points to an observation made by Senior Investigator Jon Campbell of the South Carolina Law Enforcement Division: According to criminal justice experts, a sophisticated villain like this only appears every two-to-three years in North America.

The odds of Rackstraw, de Winter and Cooper — three master criminals with aviation backgrounds — all falling within the 100-square-mile geographic area, all looking alike, and all seeming to appear when the others disappear, is “statistically impossible,” noted Campbell.

If Rackstraw is de Winter, a commenter speculated, the pseudonym may be a sly reference to Dick Winters, the hero of the World War II Normandy invasion who parachuted into France on D-Day and co-founded the Army jump school where Rackstraw was trained at. (Normandy + Winters = Norman de Winter).

Amateur researchers and the 2016 History program — in which the FBI announced the agency would reopen the case only with materials like the money or the parachute in hand — had earlier cast doubt on the Rackstraw hypothesis.

Undeterred, Colbert’s team claimed last summer it have uncovered the burial site of that evidence. But after four months, the Bureau has yet to comment on the dug-up materials the sleuths handed in; has not secured their remote site for further CSI work; nor approached two of the alleged escape crime-partners, now in their 80’s, that Colbert said his team has tracked down.

The Daily Astorian called Rackstraw, 74, for a response to the letter-coding news. Asked about Colbert’s claim that he can prove Rackstraw typed it, Rackstraw said: “Get him to swear that everything he said is true under the penalty of perjury.” Then he hung up.

Rackstraw has denied that he is D.B. Cooper in the past, though he has insinuated in interviews over the years that he very well could be. He has dismissed and criticized Colbert’s work, but has yet to file a single lawsuit. 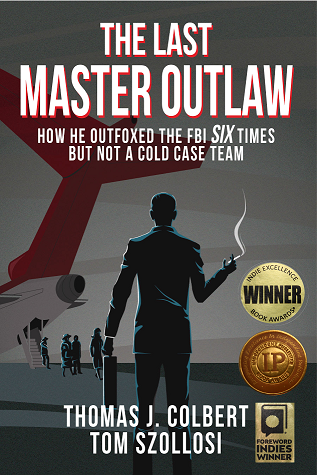 Having pursued Cooper since 2011, Colbert is satisfied with the outcome of his long search and is preparing to move on to other projects.

Co-author of the award-winning “The Last Master Outlaw” (2016), he feels he has established his case “beyond a reasonable doubt” and plans to write a final chapter covering everything since the 2016 program. He is also preparing a second documentary that will reveal the route of the escape, the dig for the money and cash, the crime-partners and the code-breaking process.

Unless Rackstraw or someone else confesses to the crime — an event of enduring mystery and fascination — Colbert will no longer be giving Cooper-related updates on his website, DBCooper.com.

“I don’t see anything else we can do. We’re, in essence, done” with the criminal investigation. “The Bureau has more than 100 pieces of our evidence. They can choose to ignore it, but we know the truth. And that’s all that matters.”