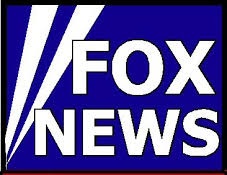 A stream of numbers at the bottom of a typed letter believed sent by the mysterious fugitive D.B. Cooper came from a man who is still alive, the leader of an investigative team said.

Thomas J. Colbert, a writer and TV producer who runs a cold case team led by former FBI, told the Seattle Post Intelligencer that the person responsible is Robert W. Rackstraw Sr., a 74-year-old Army veteran and four-time convicted felon in San Diego. He has been the subject of the team’s methodical hunt for seven years.

The secret code was discovered on the bottom of a fifth letter allegedly sent by a taunting Cooper, after the fugitive hijacked a Northwest Orient Boeing 727 airliner on Nov. 24, 1971, and used a parachute to escape with a 200-thousand-dollar ransom.

Colbert believes the coded letter, copies of which were mailed to four newspapers, was planted to signal three possible co-conspirators that he was alive and well. But Bureau agents snapped up the notes before newspaper editors could photograph or publish them.

Through an FOIA suit in November, Colbert forced the FBI to release one of the notes, stamped as “evidence” and filed away for 46 years. It features the numbers “717171684,” opposite the name “Wash Post,” in the bottom-left corner. One of the producer’s team members, a former Vietnam code-breaker, tied the numbers to the San Diego veteran.

Colbert said the code masks three specific Army units that Rackstraw had been connected to during his Vietnam military service – two of them top secret until the late 1980s. One of his former commanders revealed that Rackstraw received his encryption training from Special Forces at Fort Bragg, NC, in 1968, according to the Seattle PI.

“I’m a hard skeptic, but I think the coding thing is remarkable,” Dorwin Schreuder, a former FBI agent who worked on the Cooper case in the 1980s. “The circumstances of those codes being what Tom says they are, that nobody but Rackstraw would know the secret units – that’s pretty hard to argue against. Rackstraw might be our guy.”

When Rackstraw was arrested for unrelated crimes in 1978-79, FBI agents questioned him about the Cooper case but eliminated him. Colbert thinks the Bureau was outfoxed.

In March 2017, Rackstraw sent the judge presiding over Colbert’s FOIA lawsuit against the FBI a rambling 28-page letter that the judge took to be a motion to intervene in the case. In his letter, Rackstraw said that he was not D. B. Cooper and accused Colbert of ruining his life.